The actor pattern describes actors as the lowest-level “unit of computation”. In other words, you write your code in a self-contained unit (called an actor) that receives messages and processes them one at a time, without any kind of concurrency or threading.

While your code processes a message, it can send one or more messages to other actors, or create new actors. An underlying runtime manages how, when and where each actor runs, and also routes messages between actors.

A large number of actors can execute simultaneously, and actors execute independently from each other.

Dapr includes a runtime that specifically implements the Virtual Actor pattern. With Dapr’s implementation, you write your Dapr actors according to the Actor model, and Dapr leverages the scalability and reliability guarantees that the underlying platform provides.

When to use actors

As with any other technology decision, you should decide whether to use actors based on the problem you’re trying to solve.

The actor design pattern can be a good fit to a number of distributed systems problems and scenarios, but the first thing you should consider are the constraints of the pattern. Generally speaking, consider the actor pattern to model your problem or scenario if: 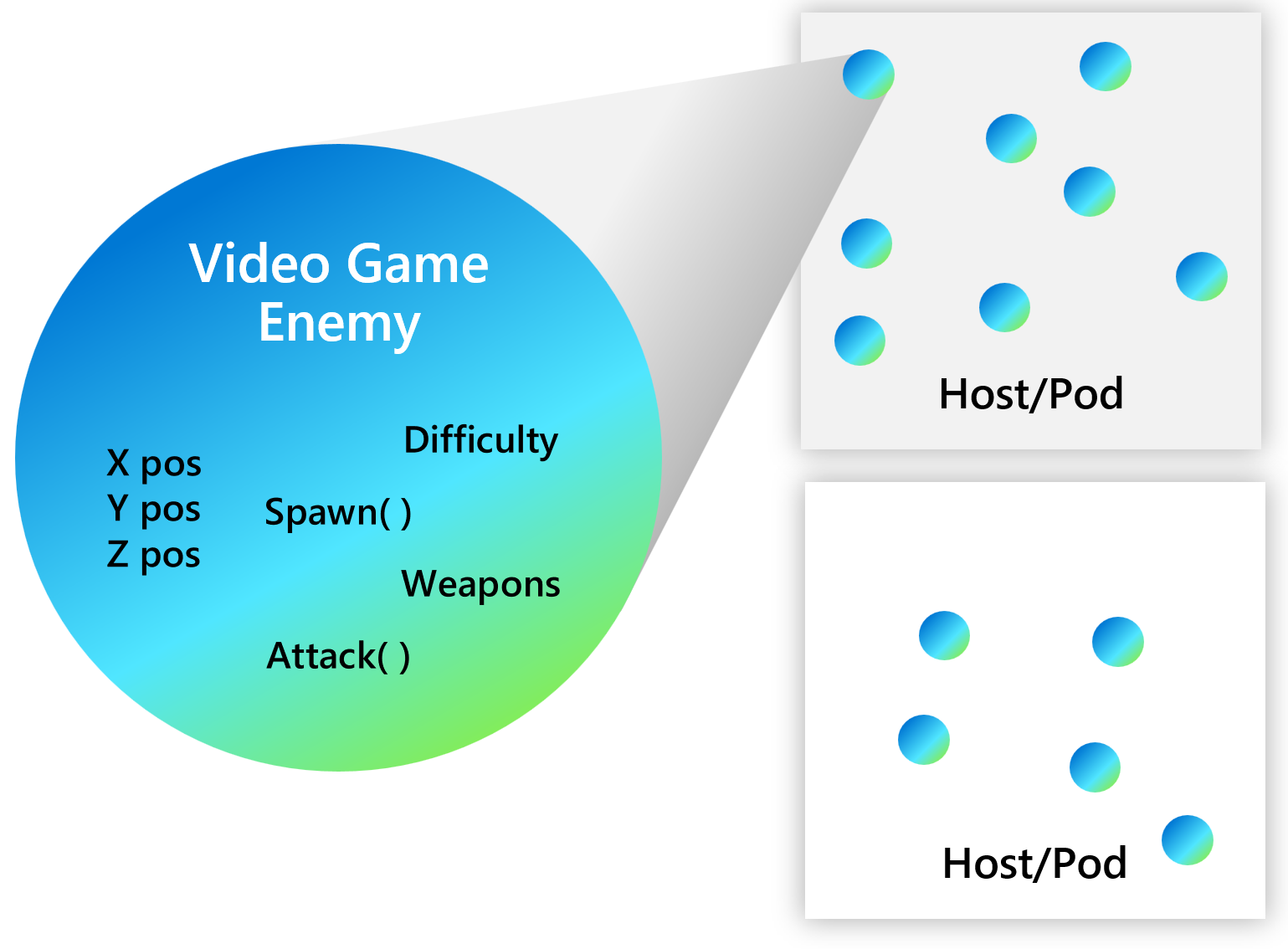 Dapr actors are virtual, meaning that their lifetime is not tied to their in-memory representation. As a result, they do not need to be explicitly created or destroyed. The Dapr actor runtime automatically activates an actor the first time it receives a request for that actor ID. If an actor is not used for a period of time, the Dapr actor runtime garbage-collects the in-memory object. It will also maintain knowledge of the actor’s existence should it need to be reactivated later.

The idle timeout and scan interval Dapr runtime uses to see if an actor can be garbage-collected is configurable. This information can be passed when Dapr runtime calls into the actor service to get supported actor types.

This virtual actor lifetime abstraction carries some caveats as a result of the virtual actor model, and in fact the Dapr Actors implementation deviates at times from this model.

To provide scalability and reliability, actors instances are distributed throughout the cluster and Dapr automatically migrates them from failed nodes to healthy ones as required.

The Dapr actor runtime manages distribution scheme and key range settings for you. This is done by the actor Placement service. When a new instance of a service is created, the corresponding Dapr runtime registers the actor types it can create and the Placement service calculates the partitioning across all the instances for a given actor type. This table of partition information for each actor type is updated and stored in each Dapr instance running in the environment and can change dynamically as new instance of actor services are created and destroyed. This is shown in the diagram below.

When a client calls an actor with a particular id (for example, actor id 123), the Dapr instance for the client hashes the actor type and id, and uses the information to call onto the corresponding Dapr instance that can serve the requests for that particular actor id. As a result, the same partition (or service instance) is always called for any given actor id. This is shown in the diagram below. 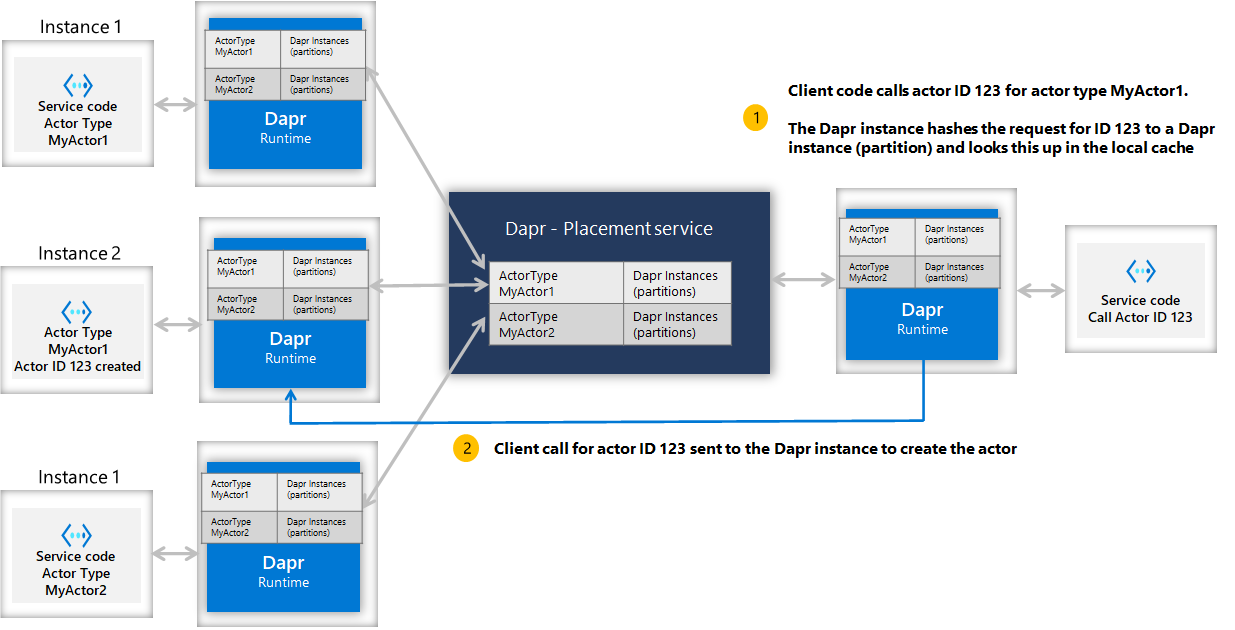 This simplifies some choices but also carries some consideration:

You can interact with Dapr to invoke the actor method by calling HTTP/gRPC endpoint.

Another, and perhaps more convenient, way of interacting with actors is via SDKs. Dapr currently supports actors SDKs in .NET, Java, and Python.

The Dapr actor runtime provides a simple turn-based access model for accessing actor methods. This means that no more than one thread can be active inside an actor object’s code at any time. Turn-based access greatly simplifies concurrent systems as there is no need for synchronization mechanisms for data access. It also means systems must be designed with special considerations for the single-threaded access nature of each actor instance.

Actors can deadlock on each other if there is a circular request between two actors while an external request is made to one of the actors simultaneously. The Dapr actor runtime automatically times out on actor calls and throw an exception to the caller to interrupt possible deadlock situations. 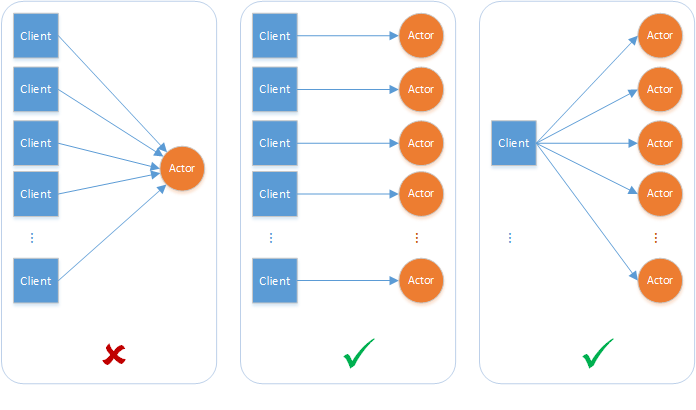 As an enhancement to the base actors in dapr, reentrancy can now be enabled as a preview feature. To learn more about it, see actor reentrancy

The following example illustrates the above concepts. Consider an actor type that implements two asynchronous methods (say, Method1 and Method2), a timer, and a reminder. The diagram below shows an example of a timeline for the execution of these methods and callbacks on behalf of two actors (ActorId1 and ActorId2) that belong to this actor type. 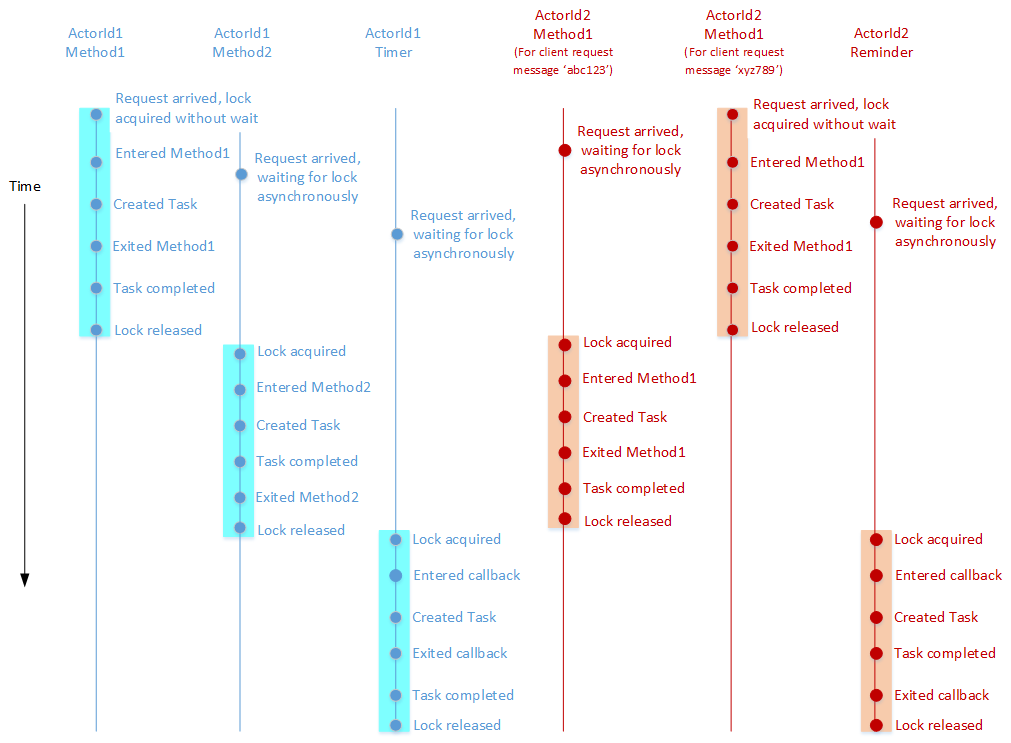